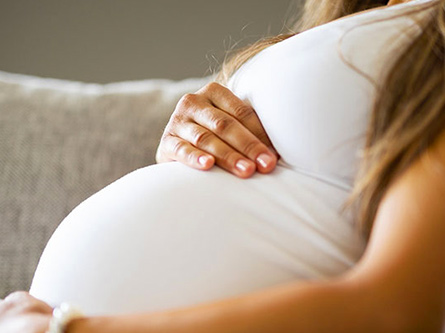 An Amazon warehouse worker informed her manager that she was pregnant, and in less than 2 months, she was fired. Several lawsuits are being filed against Amazon that show a similar and disturbing pattern.

Fired for being pregnant!

What is the Federal Pregnancy Discrimination Act?

“The Pregnancy Discrimination Act amended Title VII of the Civil Rights Act of 1964. Discrimination on the basis of pregnancy, childbirth, or related medical conditions constitutes unlawful sex discrimination under Title VII, which covers employers with 15 or more employees, including state & local governments,” as stated by the U.S. Equal Employment Opportunity Commission.

Amazon fired seven pregnant workers which led to the filing of several lawsuits.

As reported by CNET[1], on May 6, 2019, after Beverly Rosales found out she was pregnant. One of the first people she told was her manager at Amazon.

A week after Amazon’s biggest shopping day ever, Cyber Monday, Rosales was fired from Amazon. After working with Amazon for 2 years, they fired her in less than 2 months since she told her manager she was pregnant.

Half a dozen other women who worked in Amazon warehouses are suing Amazon claiming they were discriminated against because of being pregnant.

CNET reviewed 7 lawsuits against Amazon for firing pregnant warehouse workers over 8 years and saying that Amazon failed to meet their needs.

The requests were made by all the women for longer bathroom breaks and for fewer continuous hours on their feet. However all of the pregnant women had been fired after informing the company of their pregnancy. Six of the cases had been settled out of court.

Amazon had said that they do not monitor the lengths of their employees’ bathroom breaks but multiple employees in lawsuits said that Amazon did.

“It is absolutely not true that Amazon would fire any employee for being pregnant; we are an equal opportunity employer,” an Amazon spokeswoman said in a statement. “We work with our employees to accommodate their medical needs including pregnancy-related needs. Amazon also supports new parents by offering various maternity & parental leave benefits.”

Amazon had made several attempts to improve its public image and promote the benefits it offers to warehouse employees. Amazon had recently raised their starting pay to $15 an hour and said they would advocate for a higher federal minimum wage. These efforts have not silenced their critics who argue that Amazon still needs to change.

Amber Sargent told her bosses that her doctor warned her against climbing ladders or carrying over 20 pounds in November 2015. Amazon put Sargent on a work freeze until they could make changes and told her to ‘await a call’.

Claiming she was not paid for over a month and every time she called, she was told to just keep waiting.

After returning in December, she found that nothing had been changed to accommodate her needs. Remaining in the same department and being told to do everything her doctor warned her against. Amazon kept Sargent on for one more month before firing her.

This story is just 1 of 7 lawsuits that had been filed in the last 4 years by pregnant workers for their wrongful termination.

CNET contacted the women’s attorneys. Two did not respond while the rest declined to speak because it could violate their settlements with Amazon.

Amazon denies any wrongdoing. “Amazon accommodates work restrictions for pregnant employees within our fulfillment centers; typically, these accommodations vary including based on the employee’s particular needs,” said a spokeswoman.

However, court records show that Amazon had ignored the requests from pregnant workers even with doctors notes.

Cathleen Stewart, an Amazon employee in Pennsylvania, informed her bosses she was pregnant in 2011. Having a doctor’s note saying she needed to use the bathroom more often and that she could not lift anything heavier than 20 pounds.

Being assigned to a different department, a Human Resources manager made a comment to Stewars saying, “I’d like to go to the bathroom a lot, too.”

Another example is after a return from a bathroom break, another Amazon manager told Stewart that, “being pregnant is no excuse for being late.”

Trudy Martinez worked for Amazon in New Jersey. After having the flu while pregnant, she visited the emergency room and a doctor told her they had difficulties detecting the baby’s heartbeat.

The doctor advised Martinez to take 3 days off of work to rest. According to her lawsuit, an Amazon Human Resources manager told her that Amazon “does not accept doctor’s notes” and she was simultaneously fired 4 days later.

Brittney Hagman told her bosses she was pregnant in November 2016, giving a note saying she could not lift heavy objects or run up & down stairs.

After she was doing just that with her job at Amazon, Hagman was fired two months later when she called in sick due to a fever. Hagman has become part of a larger class action suit against Amazon being filed by both males and female employees.

They’re accusing Amazon of failing to give them due wages & providing lawful breaks during the day.

“It is wrong for any employer no matter how large or small to discriminate against pregnant employees,” said Gavin Kassel, an employment lawyer who represented 4 of the women in these pregnancy cases against Amazon.

The US Equal Employment Opportunity Commission in 2018 registered 2,790 pregnancy discrimination claims and has averaged about 3,520 charges a year. The GMB union, which organized protests for Amazon warehouse workers in the UK said it found through a survey a pregnant woman who had been forced to stand for 10-hour shifts.

“They are telling me to work hard even though they know I’m pregnant. I am feeling depressed when I am at work,” the woman told GMB, according to The Guardian.

The biggest issue that Amazon workers repeatedly cited was the “Time Off Task” policy. This was essentially time allowed for staffers to take regular breaks like going to the bathroom or to lunch. An office worker may have the leisure to go to the bathroom as often as needed, but Amazon warehouse workers are only given a few minutes a day. With no federal requirement for meal and rest breaks, California, where most of the cases took place, mandates a 10-minute rest break every four hours. Amazon workers routinely have to plan when they use the bathroom, often choosing to just hold it rather than risk getting fired, Rosales said.