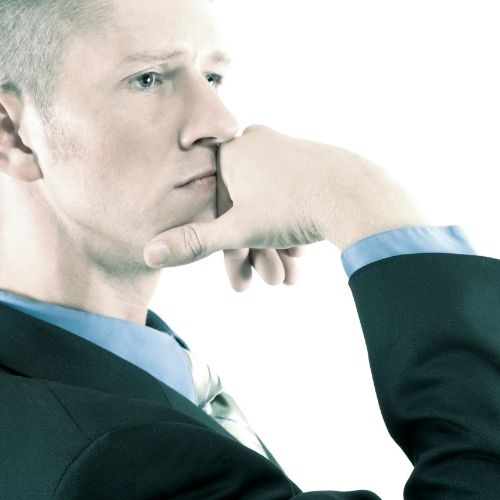 Is Amazon pitting its workers against each other?

These complaints are just the beginning!

Amazon workers in other departments are describing the same problems of being stressed out, managers taking it out on workers, workers threatening each other, complaints being ignored by management, discrimination, and a lack of security.

After posting a report on Amazon on September 2, 2020, The Register[1] receives a variety of messages from Amazon workers who confirm the report’s allegations and describe awful situations.

Interviewing five of Amazon’s workers, all working in different locations throughout the United States, the workers reported on the most serious allegations against Amazon.

One of these allegations involved Amazon having punishing work rates to maintain their fast delivery rates.

Depending on the type of job you have within Amazon means your rate will vary. Delivery drivers have a certain number of deliveries per day. While the workers in the warehouses have a certain number of packages they must process in an hour. Hitting their rate is necessary to avoid termination. Targets are nothing new but Amazon has used this approach along with data and computers to create logistical success.

When millions of people stayed home during the pandemic was a crucial time for Amazon. Stressed out managers began to bully & intimidate those on the floor with work rates. Even more so, often not being told what their work rate is and with it constantly changing.

“We had a single-pack rate of 55 an hour,” explained one worker. “A little while later, it increased to 60. Then it was decreased without them telling us. Then it was increased again.”

The constant changes added a level of pressure to many employees with their jobs, rent, and food all on the line.

Amazon says they have a work rate across all of its operations but long-term workers have spoken to colleagues across America saying that it varies often.

Although everyone is expected to work their hardest at all times, those who do not are written up.

Amazon says that their average is taken from the top 10% of workers at any given time. The average Amazon warehouse has the headcount of 300-600 employees, but when everyone is working hard the bottom 5% will be written up.

One Amazon employee who was supposed to be a coach for the workers who had been written up was only called upon once in three years to coach a colleague. But, several Amazon employees in this time frame had been fired for failing to achieve their work rate.

Work rate is not the only thing Amazon follows religiously, time off task or TOT is another method.

A TOT is the time a worker spends not working or on task. When an employee goes over the TOT they are written up and can be automatically fired when they take too much TOT. With area managers allowed to write-up employees, workers say it is frequently abused. Write-ups are one of the main ways that managers in Amazon intimidate their employees. This often worsens situations where a manager abuses their authority.

One Amazon employee was not informed of their write up until the manager saw the report on the screen.

Constantly being watched, employees & managers are judged by an algorithm.

Seasoned employees take in-depth notes whenever they do something that could be deemed as TOT so they have an explanation for any issues. Employees are even blamed when equipment malfunctions until they can prove that it was not their fault.

With the trio of work rates, TOT, and automated firing decisions, one worker described it as a “Mad Max atmosphere.”

Along with the immense stress the workers are constantly under, this intense atmosphere creates greater risk taking and less safety. Therefore, “They ignore all safety and line personnel requirements to do a task,” claimed one current Amazon employee.

Attempting to increase their daily delivery numbers, safety has been pushed aside.

When workers used to only be allowed to stack five pallets on top of one another, it has now doubled to ten. Additionally, when workers were supposed to find help lifting anything they could not do alone, one Amazon worker now says their managers no longer need team lifts for anything under six pallets.

One Amazon employee even confessed to repeatedly ignoring team-lift rules because asking for help would hurt their work rate.

In the end, this lack of safety is only hurting the workers. Three employees that The Register spoke to suffered injuries and one was serious. These employees shared their difficulty trying to get their workers compensation to cover their medical bills and even then had to pay for their post-surgery medications and travel expenses.

“They make you wait weeks or months before a decision,” they told us. “In the meantime, they expect you to work as usual or be fired out if you miss work. They will replace you rather than help you. It is nothing but a decent-paying sweatshop.”

These complaints are just the beginning, workers in other departments are all describing the same problems, being stressed out, managers taking it out on their workers, workers threatening each other, complaints being ignored by management, discrimination, a lack of security.

Most concerning of all is the ongoing pandemic and how Amazon is attempting to slow the spread amongst their workers. Creating new policies to minimize the spread but they were constantly ignored except for when a manager wanted to fire an employee.

“I was actually fired for adhering to the time change for COVID-19,” one worker told us, referring to a change in working hours during the virus outbreak that was poorly communicated. “They never took the time to see this was a simple mistake on their part.”

Corporate Amazon put in place a large range of policies to help reduce the spread of the virus while allowing the workers to keep the business running. But, many managers have either ignored the updated policies or incorrectly implemented them.

When working for Amazon anything that slows down the processing of packages is avoided.

Amazon workers are supposed to clean their equipment every day but it is not a part of their job and is added to their TOT. Along with insufficient policies Amazon’s infection reporting is also severely lacking.

One worker informed The Register that they had only been informed of a coworker testing positive a month later. Additionally, another worker saying it took two weeks to learn of the positive test. With Amazon employees constantly testing positive and being forced to recover at home, Amazon did not acknowledge their promise to cover wages with many times it never turning up.

“We’ve had eight to ten cases at our site that we know of,” one worker told us. “We are sent a notification on our phones that only says someone tested positive and what their last day of work was – which is always two weeks after the fact. We are never informed of what area was exposed, or which group of people. They’re not going to quarantine several people, no matter what the cost, or to whom.”

It is unsurprising to hear that many Amazon employees are talking about unionizing to protect their rights.

The Open Markets Initiative report said that Amazon had increased their surveillance on workers to ensure unionization efforts remained unsuccessful. Amazon would relocate organizers to different stations and break up groups of people in case they could be discussing union efforts.

Recently, Amazon posted job listings for an intelligence analyst and a senior intelligence analyst, positions that are intended to be union-breakers. Soon after the job ads gained wide awareness, Amazon removed them from its website, alleging to the press the postings were “not an accurate description of the role – it was made in error and has since been corrected.”

Pitting Amazon Workers Against Each Other – Employees Have Had Enough

If you feel you’re unable to voice your concerns about your working conditions at Amazon, contact us for further assistance at CJR@AmazonEmploymentLaw.com