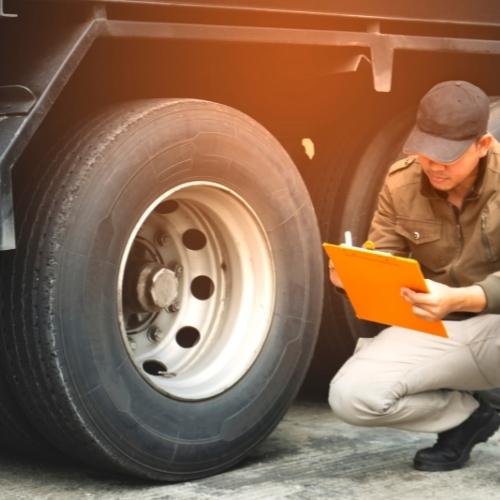 Amazon’s delivery vans were in over 119 crashes this year so far and many are due to the delivery number set upon the drivers. Averaging around 250 deliveries a day many drivers work 10 hour shifts.

Does Amazon not care about public safety?

Amazon sued over crashes by drivers rushing to make deliveries.

As reported by Press Enterprise[1], Ans Rana was sitting in the backseat of his brother’s Tesla when they were forced to stop behind a broken down car on Interstate 75 in Atlanta.

Moments after stopping, they were slammed into by an Amazon delivery driver.

The rear end of the car was completely destroyed and it sent all of the passengers into the hospital.

Rana had the most severe injuries and he suffered life-changing brain and spinal injuries.

At 24 years old, he spent months in the hospital struggling to stay alive, not even being able to breathe on his own. After finally being released from the hospital, he is forced to live his life in a motorized wheelchair. Unable to feed himself, change a tv channel, or any other simple task. Prior to the crash, he dreamed of attending medical school. However, now he is focused on his recovery, wondering if he will ever regain control of his arms or walk again.

In June, Rana filed a lawsuit claiming that Amazon is liable for the accident.

Amazon says they are not legally liable because the driver worked for Harper Logistics LLC.

This is just one of thousands of businesses that Amazon uses to deliver its packages. By focusing on the key role that the algorithms played in the accident, Rana’s lawyer, Scott Harrison, is trying to prove that Amazon controls the operation. Attempting to demonstrate that Amazon is not just a company that Amazon actually manages Harper Logistics is critical in attempting to make Amazon pay for Rana’s medical bills and provide a lifetime of earnings.

If a driver falls behind schedule Amazon sends them a text message “complaining that a certain driver is ‘behind the rabbit’ and needs to be ‘rescued’ to ensure that all the packages on Amazon’s route are delivered in compliance with Amazon’s unrealistic and dangerous speed expectations.”

Most commercial vehicle injury lawsuits are settled quietly between attorneys and insurance companies.

Rana’s case stands out due to the severity of his injuries and his legal team’s argument that Amazon’s technological hold over their delivery partners make it culpable in the crash. The legal team wants greater visibility on how Amazon’s machines control their drivers. Amazon wants to seal the case saying that  their technology would qualify as a trade secret.

If Rana does win the case, the legal strategy could inform the complaints against Amazon’s delivery arm, Amazon Logistics. Amazon Logistics has been a defendant in over 119 vehicle injury lawsuits just this year. This is four times as many as there were in all of 2020 and does not include this year’s holiday season, the busiest time for the entire company.

A couple in Texas claimed that they were injured by a crash with an Amazon delivery van and sought over $1 million in damages, but the case was dismissed.

In Massachusetts a man filed a lawsuit after being in a head on collision with an Amazon delivery van that gave him a brain injury. The driver fell asleep at the wheel and drifted into oncoming traffic. Personal injury lawyers across the country are advertising the expertise to people that are hurt in crashes with Amazon delivery contractors.

An Amazon spokesperson did not dispute the tally of increased motor vehicle lawsuits filed against Amazon but said that Amazon’s “accident rate” is down for the first nine months of the year compared to 2020. Amazon revealed their Delivery Service Partner program in 2018 and invited entrepreneurs to start package delivery with as little as $10,000. This idea was to reduce Amazon’s reliance on the U.S. Postal Service. Harper Logistics formed this same year and is among 2,500 delivery service partners that employ over 260,000 drivers in the U.S. and the world.

Due to the extra pressure being put on Amazon’s delivery contractors from production constraints, supply snags, and higher labor costs, many goals are being placed on drivers that are unattainable.

Delivery firms are complaining to Amazon saying that Amazon needs to set more reasonable delivery targets and alter their expectations to better fit the local conditions.

Amazon drivers fail to complete their deliveries in the allotted time in 1 out of 10 trips, according to Amazon. These routes typically have around 250 packages. Amazon designs and assigns routes to determine how many deliveries each driver can make in a 10 hour shift. Amazon can tell their partners to take slow drivers off the road, basically firing them.

Rana’s lawsuit claims that this practice makes Amazon negligent in the crash because they “forced drivers to rush to the point it was unsafe.”

The Amazon delivery van was driving at 67 miles per hour in a 55 mile-per-hour zone when the crash occurred. Most Amazon delivery van crashes are not reported to the agency since the vehicle weighs less than 10,000 pounds. Harper Logistics carries around $1 million in coverage when Rana’s medical bills alone have exceeded $2 million and due to the severity of his injuries he could have medical expenses for his entire life and he cannot work to pay for his bills.

Rana’s brother said he was certain that he, his father, and brother were all going to die when the Amazon van hit his Tesla causing it to spin into another lane on Interstate 75. After spinning into the other lane they were then hit by another car and the brother briefly lost consciousness. Williams, the van driver, followed the Tesla too closely and Rana’s attorneys have requested the driver’s toxicology report. They claim that he had a “history of problems with illegal drugs” in his employment screening for Harper Logistics.

If you feel you are unable to voice your concerns about your working conditions at Amazon, contact us for further assistance at: CJR@AmazonEmploymentLaw.com.