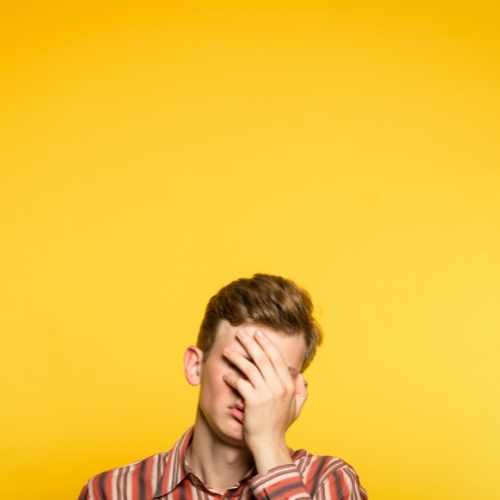 As an Amazon employee do you feel as though the CEO and founder of Amazon should send his condolences about an employee death on the job through a tweet?

The family of one of the victims from the tragedy that occurred when a tornado hit an Amazon warehouse in Illinois is suing Amazon, claiming that the Amazon warehouse was improperly attached to the ground. The family’s lawyer feels as though Jeff Bezos’ tweet was not enough and he should have at least visited the scene.

Lawyer in Amazon wrongful death lawsuit alleges Illinois warehouse was not secured to the ground properly when a killer tornado hit.

As reported by Insider[1] on January 22nd of this year, Amazon is facing a wrongful death lawsuit from one of the December 10th warehouse collapse victim’s families. This Amazon warehouse collapsed when a tornado with wind speeds of up to 150 mph destroyed the building and killed 6 workers. The lawyer that is representing the family of Austin McEwen, 26, alleged that the warehouse was not sufficiently attached to the ground.

The McEwen family and attorney Jack Casciato are suing Amazon, on four counts of wrongful death including negligence charges.

Casciato told Insider about the depth of the lawsuit, that a team informs it of climatologists, safety specialists, and structural engineers, all who work to understand how the Amazon warehouse collapsed. Also telling Insider that this investigation has revealed that the columns holding up the warehouse possibly were not properly fixed to the ground, rather “pegged” in. By having the warehouse only be “pegged” into the ground it would have allowed them to easily be blown up and out of the ground.

Employees were not run through tornado safety drills, making the warehouse collapse a “chaotic scene” said Casciato. Noting the lack of appropriate storm shelters in the warehouse, although Amazon does sell such shelters.

“How can you have a 1 million square foot warehouse without appropriate shelters. [Amazon is] the richest corporation in the world. How can they not have a warehouse with appropriate shelters? Amazon even sells FEMA (Federal Emergency Management Administration) compliant storm shelters on your website, but you can’t use them to protect your employees,” he said to Insider.

Being the first of the families to file a lawsuit, the McEwen family says “we hope, along with the other families who lost loved ones, to get the answers we deserve. We know those answers will only come by filing a lawsuit.”

Casciato also told Insider that the family is disappointed that Jeff Bezos was “able to go to Space, but not able to take his corporate private jet and fly to Edwardsville and at least meet the people who lost their loved ones, the people who work for you and help advance your company.” “Thanks for the tweet, but that’s not enough,” Casciato added in his conversation with Insider.

The fact that McEwen and other Amazon employees were forced to work during a tornado is a sign that Amazon is letting profits take precedence over safety, said Casciato.

Adding that Amazon had attempted to offer the McEwen family money immediately after their son’s death, but it was rejected as Amazon was trying to “butter up” the family. In a statement Austin McEwen’s parents said that “it appears that Amazon placed profits first during this holiday season instead of the safety of our son and the other five families who lost loved ones. Our condolences go out to the other families. We know with patience we will receive the answers and justice our son deserves.” After holding a video conference recounting the life of their late son they discussed how Austin was supposed to be getting married to his long-term girlfriend.

An Amazon spokesperson told Insider that Amazon will defend against the lawsuit.

“We believe our team did the right thing as soon as a warning was issued, and they worked to move people to safety as quickly as possible. We will defend against this lawsuit, but our focus continues to be on supporting our employees and partners, the families who lost loved ones, the surrounding community, and all those affected by the tornadoes,” Amazon spokesperson Kelly Nantel said in a statement sent to Insider.

Adding that the lawsuit “misunderstands key facts, such as the difference between various types of severe weather and tornado alerts, as well as the condition and safety of the building.” “The truth is that this was a new building less than four years old, built in compliance with all applicable building codes, and the local teams were following the weather conditions closely. Severe weather watches are common in this part of the country and, while precautions are taken, are not cause for most businesses to close down,” said Nantel.

Several questions on how the tragedy occurred have been asked by a group of US lawmakers, they sent a letter to the Amazon CEO Andy Jasser and Founder Jeff Bezos on December 20 demanding answers about the collapse of Amazon’s warehouse.

Our Amazon Employment Law Division can assist you in three ways:
(1) Do It Yourself: Knowledge & Forms;
(2) Done With You: Knowledge, Forms and Attorney Help Editing the Documents; and
(3)  Done For You: We meet with you and draft the documents for you.  We may also, in some cases, offer to fully represent the client.