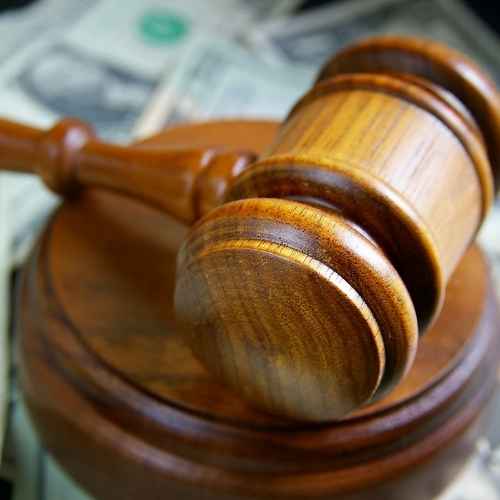 After six Amazon employees died in an Illinois Amazon warehouse from a tornado, Amazon did not make their safety a priority.

Many questions are being asked about how safe Amazon’s packing facilities are and if the protocols and policies within them to protect the workers during disasters are sufficient.

As reported by The Verge[1] on December 15, 2021, after the tragic collapse of an Amazon warehouse in Edwardsville, Illinois during the tornado outbreak throughout the Midwest, questions are being asked about how safe Amazon’s packing facilities are and if the protocols and policies within them to protect the workers during disasters are sufficient.

Although there was hours of notice that there would be severe weather in the area, Amazon did not send their workers home before a tornado struck the warehouse and killed six workers.

While the tornado did appear rather suddenly, it should not have caught the Amazon warehouse managers off-guard. The official tornado warning from the National Weather Service came just 22 minutes before the tornado hit the Amazon packing facility, this short notice is typical with tornadoes. The National Weather Service did warn of a moderate risk for tornadoes the day before the tornadoes did occur. Anyone running the Amazon facility should have known to be aware of oncoming disasters.

More importantly, the Edwardsville Amazon warehouse had no legal obligations to respond to these warnings. Although the federal Occupational Safety and Health Administration (OSHA) requires most businesses to have an Emergency Action Plan, including evacuation procedures, the US laws leave the choice up to employers to decide on whether employees should be sent home before the natural disaster hits.

One spokesperson for OSHA wrote in an email to The Verge that they were “not aware of any policy or requirement of a business to shut down and send people home.”

Many experts in the emergency management field believe it is unlikely for this policy to ever be implemented on a national scale because it is unpopular with businesses and how it might cut into profits.

Also, every business is different and some might have more critical operations or work with certain components that become dangerous once left alone. “They’re never going to make a law or a policy to do that, because it’s the private sector. They can do what they want to do,” says Laura Myers, who is a senior research scientist and director of the University of Alabama’s Center for Advanced Public Safety.

Basically, it was Amazon’s choice about if the tornado risk was severe enough to send all of their employees home and shut down the factory, but Amazon chose to keep the warehouse running.

A research scientist at the Cooperative Institute for Severe and High-Impact Weather Research and Operations, Kimberly Klockow-McClain said “The event itself has opened the eyes of many to the fact that we’ve probably had this patchwork quilt for a long time, and maybe it’s time to put those pieces together.”

Amazon did not answer any questions that were asked by The Verge about why the company decided to keep the warehouses open despite the severe weather advisory. But, OSHA is currently doing an investigation on what took place during the night the tornado went through the Amazon warehouse.

In an email to The Verge an Amazon PR manager Alisa Carroll said that “emergency response training is provided to new employees and that training is reinforced throughout the year.” furthermore adding that Amazon did update their cell phone policy in 2020 due to COVID and that they now were “allowing our employees to have their phones with them. All reporting that it’s been rolled back to pre-COVID is simply not true and factually incorrect.”

Cell phones are critical when it comes to receiving alerts about severe weather and can be valuable to workers if their employers are not taking any action. Carroll added that “OSHA guidance clearly states to take shelter immediately when there’s a tornado warning. Our leaders on the ground followed their training and did just that, moving quickly to get people to take shelter immediately. That likely saved many lives from this storm.”

This tragedy is a pattern that is found in Amazon’s warehouse workers staying at their posts despite extreme and dangerous conditions.

In June, during a heatwave throughout the Pacific Northwest, some workers at an Amazon warehouse in Washington state said that many of their workstations lacked proper fans, and temperatures in the Amazon warehouse were reaching 90 degrees.

In July, Amazon employees at the JFK8 facility in Staten Island said that the warehouse was too hot but they were urged to continue “working at a non-stop pace.”

Amazon workers at the Edwardsville warehouse told The Intercept that they had received almost no emergency training and were discouraged to take time off during natural disasters, which seems to be common among Amazon warehouses.

A worker at an Amazon Fresh warehouse in New Jersey, Courtenay Brown, told The Verge that workers had also received very little training on what to do in an emergency at her warehouse as well. “They teach you how to do the job, show you what to do, then you go on your own, and that’s it,” Brown said.

Structural factors also play an important part in putting the warehouses at greater risk. Many warehouses are built using “tilt-up construction,” says Matt May who is a director of the emergency management department for the Unified Government of Wyandotte County and Kansas City, Kansas.

Concrete slabs are tilted, as walls, and then held upright by connections to the roof. Engineers criticized this practice after a 2011 tornado that decimated a Home Depot in Joplin, Missouri. A bigger issue for worker safety in the US moving forward, since warehouses have replaced offices as the most common commercial buildings.

Building codes have often not been addressing severe winds associated with the tornadoes. OSHA’s guidance on tornadoes says to avoid “auditoriums, cafeterias and gymnasiums that have flat, wide-span roofs.” These are all structures similar in shape to warehouses. “The biggest challenge for [Amazon] is their buildings themselves,” May says. Many labor groups are taking action due to them seeing the tragedy as a bigger problem within Amazon.

Eric Frumin is the health and safety director for the Strategic Organizing Center (SOC), a combination of four labor unions that have pushed for action against Amazon, and says the Edwardsville deaths can be traced to Amazon’s practice of placing their customers ahead of their workers.

“What is its highest priority? They have not been shy about this: the company says it is obsessed with pleasing customers,” he said in an interview with The Verge. “And everything else, including worker safety, be damned.”

If you feel you are unable to voice your concerns about your working conditions at Amazon, contact us for further assistance.