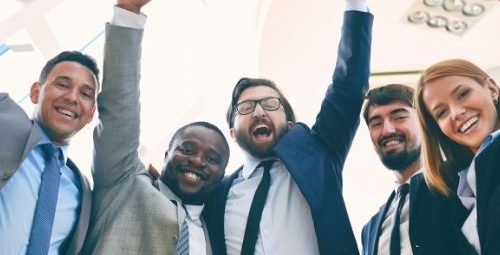 Amazon Employees Retaliated Against For Their Activism

Amazon’s unpopular standards and practices have come under criticism from current and former employees, with Amazon attempting to suppress the employees’ criticisms. As a result, the company has faced multiple lawsuits.

Emily Cunningham and Maren Costa, two former Amazon employees, have settled with the company, who must pay back wages and make a statement saying they will not retaliate against workers expressing their right to free speech and protest.

Cunningham and Costa had sued Amazon for this very reason: they claimed they were unjustly fired after they publicly took a stance against the company’s spotty climate record & poor labor practices. According to them, their firing was retaliatory in nature.

In a statement, Cunningham & Costa said, “This is a win for protecting workers rights, and shows that we were right to stand up for each other, for justice, and for our world.” [1]

The National Labor Relations Board represented Cunningham and Costa over what was believed to be an illegal firing over their activism and criticism of Amazon.

The amount of money Amazon must pay Cunningham and Costa in back wages has not been disclosed. An Amazon spokesperson, in their own statement, said, “We have reached a mutual agreement that resolves the legal issues in this case and welcome the resolution of this matter.” [2]

The NLRB had taken Cunningham and Costa’s case back in 2020 when they had received their complaint over their unjust firing. In the complaint, Cunningham and Costa alleged that Amazon had violated federal labor laws by terminating them as a result of “discriminatory enforcement of its non-solicitation and communication policies.” [3]

After an investigation, the NLRB had found that Amazon indeed retaliated against Cunningham and Costa illegally in April that year.

The practice at Amazon in question was that which forbade employees from discussing their practices without the permission of a supervisor.

“It is terrible what is happening to employees of Amazon when they stand up for what they believe in.” – CJ Rosenbaum

The settlement between the NLRB’s clients and Amazon means that Amazon has avoided a trial in court with Cunningham and Costa as defendants and themselves as the plaintiff. Had the NLRB decided to pursue further legal action, Amazon may have been required to rehire Cunningham and/or Costa, award them back pay, etc.

Cunningham and Costa had been employees at Amazon’s Seattle headquarters for nearly 15 years working as user experience designers. They had begun their activism activities in 2018, taking a stand against Amazon’s climate policies.

They founded Amazon Employees for Climate Justice, which was an advocacy group aimed at urging their employer to reduce its carbon footprint and impact on climate change.

More than 8,700 employees supported the group and more than 1,500 participated in a “sick out” protest led by the group. During the pandemic, Cunningham and Costa shared petitions from warehouse workers who were advocating for better safety measures in the workplace and planned an event through their advocacy group where different Amazon employees could discuss labor practices.

Cunningham and Costa’s firing had sparked major backlash against Amazon, with many well-known politicians. People such as Senators Elizabeth Warren (D-MA) and Bernie Sanders (I-VT),  and Vice President Kamala Harris writing to the company. [4] The politicians wrote to Amazon seeking information about the firings in order to determine if the company’s claims that the firings were not a retaliatory move in response to the employees’ protests over their employer’s policies.

According to the letter, Amazon’s previous explanations and statements failed to provide adequate reasoning over the firings. They failed to explain the steps taken to terminate employees of different occupations.

A former Amazon executive named Tim Bray reportedly “snapped” after learning of the firings and resigned in protest.

Bray says that he believed that resigning was the only acceptable choice. In addition, that if he stayed at Amazon he would be “signing off on actions I despised.” [5] Bray wrote his thoughts on Amazon in a blog post titled “Bye, Amazon.” [6] In his post, Bray wrote that he had supported Cunningham & Costa’s initiatives and was one of the 8,700 signees of their petition.

According to Bray, Amazon had threatened the leaders and participants in Cunningham & Costa’s advocacy group with termination. Bray also inferred that Amazon was targeting minority employees with their firings. He mentioned that Amazon’s most recent notable firings, including Cunningham, Costa, and Bryson, were either women or people of color.

Cunningham praised Bray for “doing the right thing.” He said, “Amazon has an incredible opportunity to lead both in the coronavirus crisis and with the climate, but it has to start by listening to workers instead of firing us.” [7]

Amazon has faced legal action over this specific issue before as well. Nearly one month ago, the NLRB had taken the case of Gerald Bryson, a former Amazon employee and Staten Island union leader who was fired after a video surfaced of him cursing at another employee at a protest.

While Amazon had claimed that Bryson was fired over bullying, Judge Benjamin Green had found that his firing was more related to his involvement in the protest over unsafe working conditions during the pandemic.

The claim that Amazon fired Bryson over “bullying” was not a standard previously used in other firings, according to Green. As a result, Green ordered that Amazon reinstate Bryson and pay his lost wages after he was fired.

This decision came after the NLRB had previously accused Amazon of illegally threatening and surveilling its Staten Island employees. The NLRB had claimed that this was done in order to intimidate the employees so they would not unionize.

Amazon has spoken on these controversies, releasing a statement saying that while the company supports their employees’ rights to protest, “that does not come with blanket immunity against bad actions, particularly those that endanger the health, well-being or safety of their colleagues.” [8]

Ironically, many Amazon employees have been terminated for protesting in favor of better health and safety practices during the pandemic. The employees filed complaints with the NLRB looking for representation in court. Many of these employees are former warehouse workers, including Gerald Bryson.

Another warehouse worker in Bryson’s facility, Chris Smalls, was fired after organizing a strike and after Amazon claimed he violated COVID-19 quarantine policies.

Bashir Mohamed, a Minnesota warehouse worker, was also fired after criticizing Amazon’s treatment of warehouse employees during the pandemic.

Amazon had claimed that Mohamed’s termination was the result of constant discipline over “inappropriate language, behavior, and violating social distancing guidelines.” [10] However, Mohamed believes that he was unfairly targeted by his supervisors leading up to his firing. The facility Mohamed worked at was the site of the first major strike involving Amazon employees back in 2019. [11]

The National Labor Relations Board is an independent federal agency which enforces U.S. labor laws and handles cases involving violations of those laws. The NLRB acts as a quasi-judicial body with its own judges, general counsel, and a board with members appointed by the president to five-year terms. Many of the NLRB’s cases deal with violations of the National Labor Relations Act, which states that the government is responsible for protecting workers’ rights to collective bargaining and freedom of association.

In each of the NLRB’s recent cases which date back to 2020 and include Cunningham and Costa’s case, feature many similarities: employees are fired after taking some stance against one or more of Amazon’s policies, the employees notify the NLRB over their retaliatory termination, and represent the employee in the case against Amazon, who claims that the employee was fired for other reasons.

The company has stated that its workplace policies include close monitoring of employees to ensure they’re washing their hands and practicing social distancing. They have even begun to take employees’ temperature and provide personal protective gear such as face masks. For many employees, like Bray, the response by Amazon is superficial and the issues that they face are more than just a result of the pandemic.

“At the end of the day, the big problem isn’t the specifics of the Covid-19 response,” Bray says. “It’s that Amazon treats the humans in the warehouses as fungible units of pick-and-pack potential.” [12]

Cunningham also adds that the attempts by Amazon to silence its employees is not an effective solution and only makes the situation worse.

“Warehouse workers are under incredible threat right now,” Cunningham says. “When workers don’t have the ability to speak out, it’s a disaster, not only for workers but for the larger public as well.” [13]