As an Amazon employee, do you feel that if you got injured on the job, would Amazon care?

In an Amazon warehouse in Massachusetts, many workers become injured while working and struggle to get compensation from Amazon.

Amazon has failed to notify these employees of why they will not offer them compensation or instead pay for just one medical treatment after promising to pay for them all. 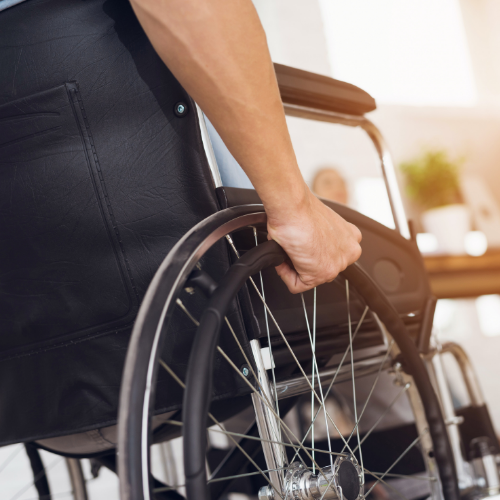 As reported by the Boston Globe [1] on July 24, 2021 Amazon had one of the highest injury rates in their warehouses in Massachusetts at 11.8 per 100 workers.

While many of these employees become injured, they are not all able to heal properly due to a lack of support from the company – whether in paying medical bills or in compensating the workers properly.

One employee had a bed frame crash down on her back at an Amazon warehouse and had to fight for two years to get her medical bills paid. Another employee injured his shoulder twice in the same warehouse and is still struggling to get workers compensation to pay for his physical therapy. Lastly, another employee at the same warehouse was originally approved to get physical therapy for his shoulder just for Amazon to not pay for the sessions and the hospital canceled the sessions.

The Fall River warehouse has one of the highest injury rates in all of Amazon’s warehouses. It even was investigated by several members of the Massachusetts congressional delegation on if it had safety efforts.

One employee who got injured by a falling bike said it was “just not worth it, when we get hurt, we are no good for them.” Many employees aim their anger towards the company and the firm that handles their cases, Sedgwick Claims Management Services.

In an accident in 2017, Tevin Silva injured his shoulder after carrying a box that shifted.

He recalls the day of the accident as a frenzy, a shortage of workers, and a pile up of boxes at the load dock. After working with the pain for 3 weeks before demanding to see a doctor, he was prescribed physical therapy. Sedgwick Claims Management Services, who was handling the claim for Amazon, reviewed the claim and approved Silva for 8 sessions of physical therapy. After 1 session with the physical therapist, the hospital told Silva he could not schedule any more sessions until Sedgwick paid.

A spokesperson said they would review the claim but later declined to comment. Attempting to live on the $272.36 a week of incapacity payments and still being locked out of his treatments, Silva decided to return to work for Amazon, but with a note saying he could not carry more than 10 pounds.

“The floor managers didn’t seem to care about the limitations,” Silva said, adding he had no choice but to pack boxes with just his right arm, despite repeatedly telling his managers he was still hurt. Months later Silva quit, still in pain. It has been more than three years and he is still in pain and waiting for physical therapy for his shoulder.

According to state law, companies, such as Amazon, are required to pay workers payments and cover the cost of treatments for employees injured while working.

On the other hand, Amazon workers have accused Amazon and the company who handles these cases of making accessing the payments and health care that they’re legally supposed to receive confusing and difficult. Many of Amazon’s employees are suffering for months with only the minimal benefits. Many workers’ compensation attorneys and experts say that these types of problems are common, especially amongst large employers. Missed payments and long disagreements that Amazon workers described “are just part of the pattern of denying injuries, denying claims, and making workers jump through enormous hoops,” said Jodi Sugerman-Brozan, executive director of the Massachusetts Coalition for Occupational Safety and Health.

When a worker is injured, the system of compensation typically follows the same method.

When the employee misses over 5 days on the job due to a workplace injury or illness, the employer is required to notify the Department of Industrial Accidents (DIA), within 7 days to begin the workers’ compensation process. If the employee is unable to work at all for over 5 days due to the injury, the state law requires that the employer pays them 60% of their average weekly wage and cover the medical treatment for that injury.

Before admitting to liability for the injury, the employer can wait and pay the employee for up to 180 days.

If the employee is unable to return to work and still believes that they qualify for workers’ compensation benefits, they can file a claim for the benefits but this often requires hiring a workers’ compensation attorney. Lawyers who are familiar with the process told the Globe that, “It’s an incredibly complicated, unique, archaic, complex system.”

When the Fall River Amazon warehouse opened in 2017, it became one of the city’s largest employers and received a 15 year long tax exemption, estimated to be valued at around $100 million. This decision was approved by the Fall River City Council in less than 3 minutes. Amazon guaranteed 500 jobs by 2019, which it quickly exceeded, in return for this tax exemption.

Amazon has continued to expand in Massachusetts and has a warehouse in North Andover, which is twice the size of the Fall River warehouse. Labor groups in Massachusetts are demanding that Amazon have better working conditions in their new warehouses. But, Amazon has fought attempts of its employees unionizing in the past.

The Globe has obtained eight complaints by Amazon workers to OSHA against the Amazon Fall River warehouse since its opening, but none led to full investigations by OSHA.

One Amazon employee filed a complaint stating their safety concerns such as “boxes of merchandise are not stacked/ stored in a stable manner,” among others.

While OSHA had sent an official notice to the Fall River Amazon fulfillment center it said, “we have not determined whether the hazards, as alleged, exist at your workplace and we do not intend to conduct an inspection at this time.” Instead, OSHA allowed Amazon to investigate itself stating, “We request that you immediately investigate the alleged conditions and make any necessary corrections or modifications.”

Sean Frost, who is the site manager at the Fall River Amazon warehouse, responded one week later saying that in each of the three allegations, “facility management” had conducted an inspection and found none of the allegations in the complaint to be true.

After receiving seven other complaints, OSHA did not pursue the matter.

But throughout this same time period OSHA investigated 3,780 other workplaces in Massachusetts. After being asked why they did not look further into the matter with Amazon an OSHA spokesperson said, “a case file remains open throughout the inspection process and is not closed until the agency is satisfied that Inside the Amazon warehouse in Massachusetts, the items are stored on towering shelves throughout the 1.3 million square feet warehouse.

During the Amazon workers’ 10 hour long shifts, they ride semi-automated machines down the aisles and place items into cages to be packaged, labeled, and loaded onto the outgoing trucks. Warehouse jobs have always been dangerous but Amazon’s are above average in their injury rates.

According to the department of labor and injury logs filled out by the company they have an average of 11.8 per 100 workers. This is over 3 times the average of other warehouses. The Fall River injury average in 2019 was 17% higher than it was in 2018 even with increased staffing.

The situation at the Fall River facility fits a pattern of injuries increasing at Amazon warehouses around the country, a record that the Center for Investigative Reporting alleged in a September 2020 report that “Amazon has gone to great lengths to conceal.

The large amounts of injuries in the Fall River and other Amazon warehouses brought the attention of Senators Elizabeth Warren, Edward Markey, and Joseph P. Kennedy, writing to Amazon in 2019 and 2020 demanding answers about the high injury rate. Amazon often rejected medical claims citing a lack of medical evidence for the injury or disputed the injury was due to work at its warehouse, according to DIA records obtained by the Globe.

If you feel that you’re unable to voice concerns about your working conditions at Amazon, contact us for further assistance at CJR@AmazonEmploymentLaw.com.

(3)  Done For You: We meet with you and draft the documents for you.  We may also, in some cases, offer to fully represent the client.

Meet online with one of our lawyers. After that, they draft an appropriate communication for you to use to try and resolve your employment issues with Amazon.