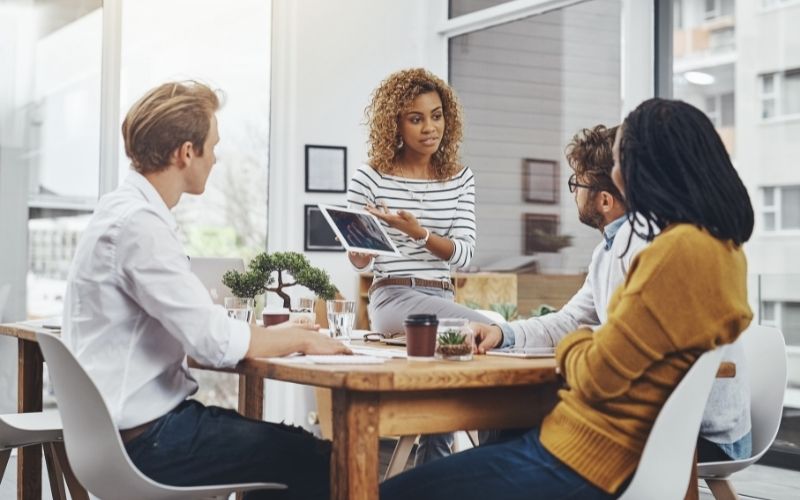 Chris Smalls was fired from Amazon after attempting to gain more rights for himself & coworkers. After that, he later forms Amazon’s first union.

Amazon has done everything they can to stop the union from being created.

This includes arresting Smalls, spending millions on labor consultants, and having mandatory meetings with their employees to persuade them to say no to the union.

Is Amazon against workers' rights?

Chris Smalls is fired by Amazon 2 years ago.

Now, he’s the force behind the company’s 1st union.

As reported by NPR1 on April 2, 2022, one of Amazon’s top lawyers used the words, “he’s not smart, or articulate” to describe Chris Smalls, who formerly worked at an Amazon warehouse.

Smalls led a walkout in the beginning of the COVID pandemic in 2020 at the Staten Island warehouse he worked at. Due to his protest over the working conditions, he was fired the same day.

The quote above was leaked a few days later from a memo. These words would be the driving force for him to lead one of the most dramatic and successful union drives in recent history.

When Amazon fired Smalls, they said he had violated quarantine and safety measures.

Smalls claims he was fired in retaliation for his activism.

New York’s attorney general created an investigation and sued Amazon for the incident and even pursued getting Smalls his job back.

Smalls had zero background with unions and he had no assistance from established labor groups. Raising money for the union through GoFundMe, Smalls and his co-founder, Derrick Palmer, reached out to their coworkers. Using the bus stop as their meeting place, they would wait to talk when Amazon employees were heading home from their shift. Making a welcoming atmosphere with a bonfire and s’mores they got people talking.

“We had over 20 some barbecues, giving out food every single week, every single day, whether it was pizza, chicken, pasta,” Smalls said. Sometimes Smalls would even bring home-cooked food to the gatherings. Talking to their coworkers about fighting for their rights, how grueling their job is, and how short and limited breaks can be.

The campaign was not expected to succeed against the massive company that is Amazon, the first attempt did fail but pushing forward, Smalls eventually met the 30% necessary to hold a vote.

Amazon spent millions to stop the union campaigns, holding mandatory meetings with their workers pushing them towards the no.

Amazon even arrested Smalls and some of his organizers when they were delivering food and other supplies to the warehouse parking lot earlier this year. Arguing that they are a great place to work without a union was one of Amazon’s key points, saying they offer competitive pay and generous benefits.

Attempting to belittle the union two years ago, they said they would make Smalls “the face of the entire union/organizing movement.” But today Smalls has become the face of one of the most successful union drives in recent history.

“Amazon doesn’t become Amazon without the people,” Smalls said. “And we make Amazon what it is.”