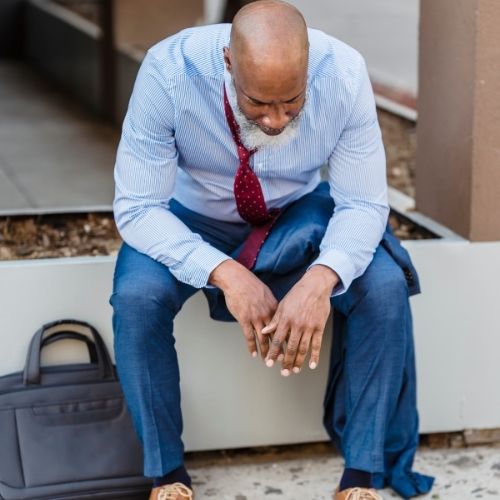 Many Black Amazon employees feel as though they’re being discriminated against, held back from promotions, and placed at lower levels.

As reported by Recode [1] on February 26, 2021 beginning her job at Amazon in 2019, Chanin Kelly-Rae began working as the global manager of diversity in Amazon’s cloud computing division. With two decades of experience leading diversity and inclusion efforts, she only lasted less than a year with Amazon.

Her time with Amazon convinced her that AMZ has deep rooted systemic issues that continually disadvantage Black Amazon employees & other underrepresented backgrounds.

Kelly-Rae was unhappy with her perception that Amazon is unwilling to listen to internal experts on how to find & repair the problems.

“Amazon was not doing things in a way that represents best practices that would advance diversity and inclusion in any way that is meaningful and thoughtful,” she told Recode. “Let me add: Amazon appeared to be taking steps backward instead of forward.”

Kelly-Rae, who is black, is one of over a dozen corporate Amazon employees who’ve told Recode they feel as though Amazon has failed to create a corporate environment that feels welcoming and respectful. Instead, they told Recode that they often faced direct and hidden bias that harmed their careers and even more so, their personal lives.

Similarly, Amazon employees from the diversity and inclusion department have told Recode that internal data shows Amazon’s promotion and review systems have created an uneven playing field. As a result, Black employees will receive the “least effective” ranking more often than any other employee. They are often promoted at a lower rate.

Reviewing the data from the Amazon Web Services division, Recode found large disproportions in the performance review ratings of black and white Amazon employees. “We struggle to bring [Black] folks in because there’s not a whole lot of desire, in my opinion, to go outside of our normal practices,” a current Amazon diversity manager told Recode. “And then when they do get here, it’s harder to get promoted, harder to get top-tier rated, and easier to get lowest-tier. All those things combined make it so folks don’t wanna stay. And folks will leave Amazon and go take on more senior roles elsewhere.”

Many who were interviewed by Recode said that they often saw biased interactions in the Amazon corporate offices.

One example given was a white male manager telling a black female employee that his ancestors “owned slaves but I’m pretty sure they were good to their slaves.” Other Amazon employees told of micro-aggressions like being called out by managers / peers for not smiling and being friendly. Additionally, when they reported these interactions to Human Resources, the offenders often faced little or no repercussions especially when there were no witnesses.

Many of these employees worked for the Amazon Web Services and many believe that the systematic racism will continue.

The Amazon employees Recode interviewed said that the racial bias affected them in many ways. Four of the black women said that they sought mental counseling, some said that the treatment while working at Amazon caused them to leave, and some transferred to different departments to escape their toxic bosses.

These Amazon employees have repeatedly said that their view of Amazon is clouded by the systemic issues that constantly harm Amazon’s black employees.

Many of them are blaming Amazon’s senior leadership team for not focusing on the right strategies to fix the bias. Furthermore, these issues also stem beyond the corporate part of Amazon.

Amazon fired a black warehouse manager, Christian Smalls, after he organized a walkout to protest inadequate health conditions for Amazon workers early in the pandemic.

One of Amazon’s top lawyers referred to Smalls as, “not smart or articulate” in notes when he was meeting with Bezos and other company leaders. After these notes were leaked to the press, many people were upset about his choice of words saying they were offensive and possibly racist.

Kelly-Rae was only a month into her job as the diversity & inclusion leader for Amazon Web Services when she realized working for Amazon would be a mission. Gathering for the inaugural all-staff meeting in 2020 they would discuss feedback, learn from each other, and discuss their goals & possible strategies to attain them. However, the discussion began to get heated when Amazon employees began to question Beth Galetti.

Three people who were present at the event said that other Amazon employees expressed concerns for the lack of resources in diversity and inclusion work.

The conversation reached a high when Galetti was asked why they were not allowed to have access to more data about the demographics of the workforce. “You don’t need the data to do your job,” was Galetti’s approximate response, the three sources said. “That left everyone in the room aghast,” Kelly-Rae told Recode.

“If the data doesn’t matter, then that body of work doesn’t matter.” Leaving the employees in attendance shocked by the leader’s blatant disregard. After the comment Galetti made, Kelly-Rae raised her hand to explain the importance the data held. Kelly-Rae approached Galetti after the summit and offered to continue their conversation later but instead told Kelly-Rae that when she was at Amazon longer, then she could talk to her.

All 10 black Amazon employees that were interviewed by Recode said that they or their black colleagues were hired at lower levels than they were qualified for.

This is called down-leveling, it has acquired the name due to its frequency. This down-leveling of employees would not be such an ordeal if it was not so difficult to get a promotion.

Amazon is known for being difficult to get a promotion.

The current diversity manager tells black friends who apply to Amazon that they should only accept a level they are sure they will be happy at “for the long run.” One black woman that was interviewed by Recode said that while she was on the track for a promotion gaining a new white male boss who continually set her goal posts back she ultimately transferred to a new team.

Several black Amazon employees said that when they joined Amazon, they knew it had a cutthroat culture and were aware of the shortcoming Amazon would show based on their race. Some still said that the discrimination they received when working for Amazon was worse than they could have ever imagined. The employees who have continued to work at Amazon are waiting it out for any positive change.