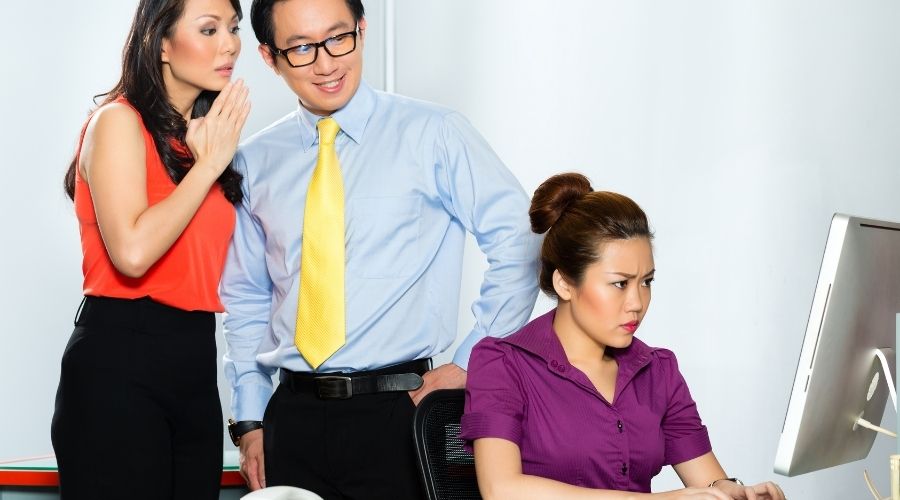 Amazon & Amazon Web Services are under fire from current & former corporate female employees suing over what they claim to be a toxic & discriminatory work environment.

She has over 30 years of experience working as an executive in the tech industry. She believes she’s going to be a part of a changing culture with added diversity.

First of all, Warner is heavily recruited by AWS. With this in mind, she is offered opportunities to acquire high-level positions within the company. [1]

However, after just a year, Warner found herself re-evaluating the workplace culture.

Cindy Warner sues Amazon in 2021. She cites she is subject to pay discrimination. Also, that the culture at the company is defined by sexism and homophobia.

Warner, as a result of working there says, “I truly would not want my worst enemy to work at Amazon.”

Warner, who is gay, claims her male colleagues uphold a “white boys’ club” and act with open hostility towards her.

She was fired shortly after filing her lawsuit. This was after she faced torment from her peers for 15 months. It was an act she described as retaliatory.

Furthermore, Warner also claims she was specifically targeted because of her efforts to increase diversity. This is particularly with regards to women. Cindy mentored women within the company before her firing.

Warner is one of many current & former employees suing over discrimination.

Around the same time Warner files her lawsuit, 4 other women concurrently sue Amazon over allegations of discrimination. [2]

Warner is one of a number of executive female employees suing Amazon.

For example, there is also Charlotte Newman & Brittany Hope. They are former Amazon employees who filed lawsuits over discrimination & prejudice. [3][4]

“All Americans have the right to a workplace free of discriminatory practices. The conduct discussed in the allegations is horrific.

If it is Amazon, the second largest employer in the country, or any other employer, they should be held responsible. I believe there should be two remedies. One: significant financial compensation. Two: court-ordered change to their employment practices.” – CJ Rosenbaum

These lawsuits have shown the failure of Amazon / the tech industry as a whole to become inclusive.

Spokesperson Jaci Anderson says AWS completes an investigation. All in all, they conclude that Warner’s claims are inaccurate. Anderson, at the same time states that Warner is encouraged to find another job within AWS before being terminated.

This, most importantly, would be instead of Warner being forced out after facing toxic workplace behavior.

Warner started at Amazon in 2020 working for their subsidiary ProServe, a consulting firm. They promote AWS for use by corporate clients as a “global leader.” Much like other companies owned by Amazon, her position is tiered. That is to say, she is given her salary and duties accordingly.

According to Warner, however, she believes she was placed in a lower tier than what she was qualified for.

While working there, she also says there were a small number of female employees in her tier. To add, she claims she was blocked from applying to positions in higher tiers. In conclusion from, from a result of the underlying sexist culture at Amazon.

Warner believes this cost her opportunities to get promoted within the company. Simultaneously, it also lost her substantial amounts of income.

However, Amazon disputes these claims, saying Warner was not promised regular promotions. Furthermore, that employees are reviewed internally for promotions instead of selected via application.

One such male employee is reported to call Warner a “bitch,” “idiot,” and “nobody.” In addition to that, he is eventually promoted into a role that Warner had attempted to apply to.

Even more so, Warner claims that male colleagues made homophobic comments specifically directed towards her.

Amazon stated that its investigation found these claims untrue.

Also, that the specific names Warner was allegedly called were never used.

This pattern of behavior at Amazon is not uncommon, considering.

As Warner struggled to assimilate into her managerial role, her sentiments about Amazon were indeed validated after reading “Why I Left AWS.” This is a blog post by Laudon Williams outlining many discriminatory incidents that occurred during his time at Amazon.

Among Williams’ allegations is an incident in which an executive told a diversity group to “integrate better.” This was an incident where the same executive was also reported by a women’s forum and cleared of wrongdoing.

Another example is an incident where Williams heard an executive use homophobic language at work. According to Williams, “Amazon shows no interest in addressing the issues” of discrimination that permeate their workplace culture. [6]

Warner claims that Williams’ blog had shaken AWS internally. This consequently, led them to double down on their inappropriate behavior.

For instance, Warner recalls one incident in which a black female employee is aggressively berated for discussing the blog with her bosses. She ultimately quits her job.

Warner began to recognize the patterns of behavior at AWS that Williams described saying, “I have never in my career seen a company so unwilling to be introspective.” [7]

Again, Amazon disputes these claims by both Warner & Williams, stating that their investigations had found no evidence of the incidents described. While employees are discouraged from discussing Williams’ blog, they are not “verbally assaulted” about it.

Facebook, Twitter & Pinterest all face legal action from former employees over poor treatment. Amazon specifically is under scrutiny as employees speak out against the discriminatory workplace culture.

In Newman’s case, allegations of sexual assault are made, with Newman alleging that she was groped by a supervisor at a company event.

Newman, who is a black woman, also alleges that the same supervisor used physical force on her by pulling on her braids and saying, “You can leave this behind.”

On top of this, Newman claims that AWS had failed to hire black employees in high-level tiers for years at a time and that she was also denied promotions to positions she was more qualified for. [8]

Amazon instead claims that Newman was “properly placed in her role” and that the male executive that acted inappropriately towards her was terminated.

Newman, Warner & Williams agree that Amazon is too slow to discourage this poor behavior. Enough such that it feeds into and upholds the discriminatory standards within the company that they’re trying to change.

Despite Amazon referring to its code of conduct and ethics outlining a zero tolerance policy regarding these behaviors, according to Pearson, “Women and employees of color at all levels of Amazon have had their complaints of harassment and discrimination brushed under the rug.” [9]

The increase in lawsuits against Amazon as well as Williams’ blog have prompted corporate employees within the company to demand answers.

Over 550 employees sign a petition urging Amazon to investigate the issues within the company, citing both Warner’s lawsuit & Williams’ blog post.

The petition states that Amazon has had “an underlying culture of systemic discrimination” specifically against women, people of color, and other under-represented groups. [10]

AWS CEO Andy Selipsky emailed the authors of the petition stating that the company would investigate, but did not commit to a timeframe. In addition, Anderson declined to comment further on the investigation.

The verbal commitments made by Amazon, however, do not line up with their actions.

Andy Jassy took over as Amazon’s CEO after serving as an executive at AWS. This in conclusion, shows how Amazon hides responsibility. Warner wrote to both Jassy & Selipsky and received no help. “Someone wants to help you and you turn them into an enemy.” [11]

Amazon states that HR is encouraging Warner to use her attorneys to contact Jassy & Selipsky. Also that Amazon “has always operated with the belief that more diverse teams create better outcomes” with regard to the leadership of Jassy, who specifically is a white man. This is not enough, however, according to many.

Veena Dubal, a law professor at the University of California states, “The fact that Jassy was promoted from a sector at Amazon that was known to have a culture of misogyny & sexism doesn’t speak well for the direction the company is going.” [12]

Warner says that other employees of Amazon & other tech companies have reached out about their own cases & how to proceed.

Williams has also said that Amazon employees reached out to him to share their own similar experiences.

Williams claims that these employees relate to his story deeply. This further shows how the issues within Amazon are systemic and not incidental.

As Cindy Warner looks for a new job as her case continues, she says that she’s discouraged from applying for similar roles at other tech companies due to her poor experience at AWS.

“After what I would consider has been a very storied career, this has been a horror show, and I relive it every day,” Warner says. “When you go through something like this, it really changes you. It doesn’t go away.” [13]

If you’re having a similar experience with harassment / discrimination working at Amazon, contact us today.

We will clarify your legal rights as well as analyze your case.

We fight to protect workers’ rights.

Unfortunately, some workers are subjected to unfair & illegal conditions by Amazon. We possess the knowledge, dedication, and experience required to represent Amazon workers in a wide range of labor disputes.

Consult with us about your case.

Discrimination, Sexual Harassment, Overtime, Minimum Wage, Severance, Wrongful Termination, Recently Fired, Hours/Pay Reduced – whatever the cause, our law firm can help assist you. For more information about how our employee attorneys work, call us 212-256-1109.

Employment lawyers protect the rights of Amazon employees and determine violations of federal / state anti-discrimination & harassment laws, as well as employment agreements. We are aggressive advocates dedicated to your interests in employment law and discrimination cases.