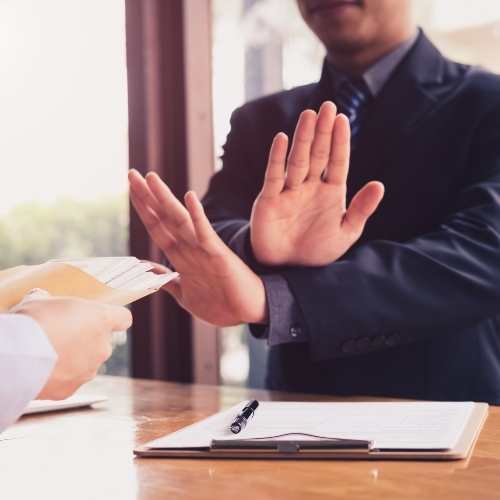 Inside JFK8 during the pandemic shows how Jeff Bezos created the workplace of the future & made the impossible possible.

This also reveals what is standing in the way of his promises to do better for his employees.

As reported by The New York Times[1] on June 15, 2021 after receiving an email from Amazon, Ann Castillo, whose husband had worked for Amazon for five years, was confused. Castillo’s husband was wanted back at work for the night shift, but Ann already told the managers & HR that her husband was unable to return to work.

When Ann’s husband Alberto was working mandatory overtime, he had been in the first wave of employees to test positive for COVID.

When completing tests on responsiveness Ms. Castillo said, “his score was almost nothing.” Informing Amazon for months about her husband being severely ill, she continuously received confusing responses. She would often receive the automated message system on emails and calls.

Once she spoke to several Human Resources staff, her payments were reinstated. However, she continued to receive messages asking if Alberto was coming back. Receiving the summons for her ill husband to return to work raised suspicion in Ann on if Amazon fully grasped her situation.

“Haven’t they kept track of what happened to him?” she said.

She wanted to ask the company: “Are your workers disposable? Can you just replace them?”

Due to the pandemic NY’s classic industries were suffering. This allowed JFK8 to gain many new workers. For instance, hiring hotel workers, actors, bartenders, and dancers with a pay of close to $18 an hour.

JFK8 helped Amazon surpass shipping records, reach higher sales, and create the equivalent of three years’ profits in one. This was all possible because Amazon and Jeff Bezos found new ways to mass-manage people through technology, minimizing human contact to grow unconstrained.

While being successful in processing packages Amazon lacked the method to manage their employees properly. This resulted in accidental firings, stalled benefits, and bad communication shadowing over Amazon’s success story.

Many employees, like Alberto Castillo, were told to take as much paid time off as needed and then told they needed to work mandatory overtime.

Human resource and warehouse employees said that when Amazon offered them flexible personal leaves the system handling them jammed, sending out a load of job-abandonment notices to workers.

After absences soared and disrupted shipping Amazon was leaving their employees in the dark about the impact of the virus.

After not telling their employees about the number of cases they worried if “individuals” meant two or 22. Amazon publicly said they were disclosing confirmed cases to health officials, New York City records show no reported cases until November.

Tracking every minute of most warehouse workers’ shifts, even how fast they packed merchandise and how long they paused. When the workers paused they were flagged and Amazon would assume the worker was to blame.

Although, early in the pandemic Amazon decided to stop firing employees for low output, it was not announced properly throughout JFK8 so many employees still feared being fired.

From July to October 2020 Amazon hired 350,000 new workers. Many of these Amazon workers were screened through a computer and they lasted only days or weeks. Before the pandemic, Amazon was losing 3% of its hourly associates every week, averaging a yearly turnover of 150%.

Several former executives, who helped design Amazon’s systems, said the high turnover, pressure over productivity, and consequences of scaling up have become too critical to ignore.

David Niekerk, a former Amazon vice president, said that some problems within Amazon are from when Amazon was much smaller. Seeing low-skilled jobs as short-term made it harder for Amazon to implement their policies fairly after they grew rapidly.

When Dan Cavagnaro was wrongly fired in July when trying to return from leave, he could not reach anyone to help him. “Please note the following,” he wrote in his final, unanswered email plea. “I WISH TO REMAIN EMPLOYED WITH AMAZON.”

Trying to lure workers back in after a shortage from the first wave of the pandemic, Amazon began to offer a $2 an hour raise, double pay for overtime, and unlimited unpaid time off. Across the country, a third of Amazon’s 500,000 employers were staying home. Many of the new hires had quit before they even began. One worker claimed the warehouse “was like a ghost town.”

Alberto Castillo considered staying home but his family wanted to buy a house. So, he continued working nights.

JFK8 had contradictory instructions to the rest of Amazon it seemed. For instance, when Amazon promised its employees unpaid time off, JFK8 alerted their workers that every department would be on mandatory overtime.

Mr. Castillo arrived at work when he heard the warehouse had its first positive COVID case. He messaged his boss who said, “Yes forgot to bring that up” but everyone who worked with the employee had been notified. On his drive back from work Mr. Castillo’s throat began to itch.

As the day began in the Amazon warehouse, two workers headed straight for the break room to tell their coworkers that there was a virus outbreak in the warehouse. No longer trusting Amazon to tell them the truth, they believed the warehouse should be shut down.

Derrick Palmer and Chris Smalls were not part of a formal effort, Amazon considered unionization a threat. Both of these men had worked for Amazon since 2015. Palmer dropped out of community college and worked in different warehouses as a “picker.” Due to often producing top numbers in the software that tracked productivity he was chosen to train others and open a warehouse in Illinois.

He felt let down by the company. Many employees felt controlled by an app, algorithm, and strictly yet poorly explained rules.

As the virus appeared in JFK8, Palmer was worried on how Amazon would handle the situation. For example, one worker next to Smalls seemed to be sick. Seeing the only solution as JFK8 to pause, clean, and reassess, Palmer invited dozens of workers to share concerns on an Instagram chat.

The two men continued to have their break room warnings for a few more days until they began to confront JFK8 managers.

“If, God forbid, somebody in this building passes away, or somebody’s loved one passes away, that’s going to be on your hands, not mine,” said Smalls to the Amazon warehouse’s top leader.

On March 30 they held a demonstration in the parking lot with a few coworkers.

Trying to minimize the protests, Amazon fired Smalls, saying his demonstration had violated a quarantine order based on his contact with a sick co-worker. Palmer stayed at the facility even though he had received a warning for violating social-distance.

When an overwhelming number of workers tried to request days off the system began to malfunction.

Being unable to handle the higher amounts of requests instead of automatically sorting them they had to be manually triaged. Instead of having directly reflected worker attendance programs they had to be input in another office in India, causing a delay.

Amazon warehouse workers with approved leaves got notices warning them they would be fired for abandoning their jobs.

“I saw those situations every day — people getting U.P.T. deducted for no reason, people being terminated for no reasons,” Mr. Padilla said. After interviewing over 25 Amazon employees that were affected by this situation, they all said it was a source of frustration and panic.

With a system that tracks how productive their employees are, Amazon managers were able to keep track of 50-100 workers through one screen.

Tracking how long an employee took time off task or “T.O.T” this tracked if they went to the bathroom or were dealing with broken machinery.

Amazon managers were told to ask the workers what happened and to manually code in what they called legitimate excuses to override the default.

The “top offender” for time off tasks each day was supposed to be addressed by managers. Only 1% of terminations in 2019 were from time off task. According to Ms. Nantel. Due to Amazon workers not being aware of this fact or capable of seeing their amount of T.O.T they were constantly anxious about if they were going to be written up.

One employee would race her coworkers for fun “Why does everything have to be a competition with you, Santos?” her boss would tease.

After Santos had a very bad day she was stunned to find out that she was being fired. Normally working in robotics she was sent to pick up due to her bus being late. Being offered an assignment after lunch her station in “picking” got picked up by another Amazon employee. So, she traversed the warehouse searching for another station. Santos racked up more T.O.T.

Santos was making her own stand against Amazon. Plus, an administrative court judge sided with her saying Amazon had never given her a warning and no proof that she was off task.

A message was sent to all JFK8 workers email inboxes and posted in bathroom stalls saying that “productivity feedback” had been suspended due to the pandemic.

Until these notices many of Amazon’s workers had no idea Amazon had relaxed one of their more controversial employment policies. Although Amazon workers could not be punished for low rates, managers still encouraged speed.

Amazon hired over 770,000 hourly workers in one year. This meant that the majority of their entire workforce left and then were replaced.

With the fast change of employees the Amazon executives feared that they would run out of workers. In remote towns Amazon had already burned through local labor pools and started to bus people in. “Six to seven people who apply equals one person showing up and actually doing work,” Mr. Stroup explained. If Amazon is churning through its entire workforce once or twice a year, he said, “You need to have eight, nine, 10 million people apply each year.” That’s about 5 percent of the entire American workforce.