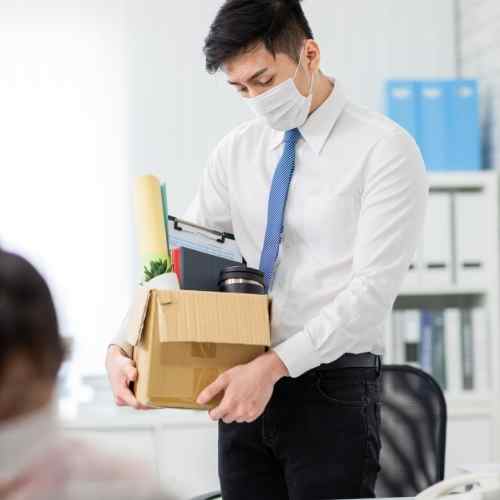 As an Amazon employee do you feel as though you deserve better treatment and higher wages?

Dozens of Amazon workers, in two separate warehouses in Chicago, walked out during their shifts demanding better treatment and higher wages.

What is Amazonians United?

“Amazonians United is a movement of workers fighting to end management’s domination in our workplaces. We organize with our coworkers to fight together for the dignified lives we all deserve. We build community at our workplaces, look out for each other and collectively fight for things like higher pay, safety, fairness and respect. We’re stronger together, so we create worker organization at our sites with coworkers who are fed up with the bullshit and want to do something about it. “

As reported by TechCrunch on December 22, 2021 Amazon warehouse workers in two facilities in Chicago staged a walkout to demand better treatment and wages. This walkout was staged before Christmas, which is Amazon’s busiest time of the year.

During a livestream with Amazonians United, one Amazon worker in the Chicago warehouse said, “We have been passed over for raises. We are being overworked, even when there is sufficient people to work here.”

Also, during the same livestream the worker said that they have not received bonuses they were promised and “people here who were hired as permanent workers, and then they took their badges away and made them temporary workers. They are staffing this place unsafely, making people work too fast, even working between the hours of 1:20 AM and 11:50 AM many are demanding a $5 pay raise.

The current starting pay Amazon told TechCrunch is $15.80 per hour in their two Chicago facilities. One Amazonians United speaker said that while the facility used to have 20 minute breaks, due to the pandemic, now it has been reduced to only 15 minutes. While the pandemic still is not over, three workers tested positive for COVID at the Cicero Amazon facility in one day.

Before walking out, the Amazon workers presented management with a list stating their demands. Receiving no response, the walkout was prompted.

The Amazonians United speaker claimed that Amazon workers were being told by management that whoever participated in the walkout “might as well leave their badges.” This means that the Amazon workers that participated might not be returning to work. While it is illegal to take action against employees of private companies for staging a walkout, many employees returned to work after the walkout to find their schedules blank and that they had been clocked out. This created concern for retaliation among the walkout participants.

An Amazon spokesperson told TechCrunch that “We respect the rights of employees to protest and recognize their legal right to do so. We are proud to offer employees leading pay, competitive benefits, and the opportunity to grow with our company.” Adding to their statement to TechCrunch, the representative said that no workers are being fired due to participation in the walkout. Amazon said that workers were repeatedly assured that there would be no retaliation if they protested.

Amazon’s United founder, Jonathan Bailey, filed a complaint with the National Labor Relations Board (NLRB) stating that Amazon violated labor laws by retaliating when he organized.

Bailey said he was detained and interrogated by a manager for 90 minutes after organizing a walkout. The NLRB found merit to the allegations and filed a complaint against Amazon. After Amazon settled, they were required to remind their employees via emails and physical bulletin boards that they have a right to organize. Bailey’s complaints to the NLRB was just one of thirty-seven between February 2020 and March 2021. A few months after this settlement, Amazon unlawfully prevented a Staten Island employee from distributing pro-union literature in a break room.

Even some corporate Amazon employees have filed complaints with the NLRB.

In September, Amazon settled a complaint with two former Seattle office employees. Maren Costa and Emily Cunningham were terminated for advocating for Amazon warehouse workers at the onset of the pandemic. This settlement requires Amazon to compensate Costa and Cunningham for their lost wages and to notify employees of their right to speak out on issues in Amazon again.

On December 10, in Illinois six Amazon employees were killed when a tornado destroyed an Amazon facility. For years, Amazon employees were not able to carry their cell phones onto warehouse floors but this policy was relaxed during the pandemic. Recently, Amazon began to enforce the policy again. When the National Weather Service issued an emergency alert urging people to take shelter, some Amazon employees had no way of knowing the storm was on its way.

As Amazon employees across the United States fight for better compensation and conditions, the company is in the middle of its busiest time of the year. “We will work hard to make sure that everyone gets their Christmas gifts, everyone gets their packages,” a Chicago Amazon warehouse worker told FOX 32 Chicago. “But, you know, we just want to be treated fairly. That’s all.”

If you feel you are unable to voice your concerns about your working conditions at Amazon, contact us for further assistance at CJ@AmazonSellersLawyer.com.