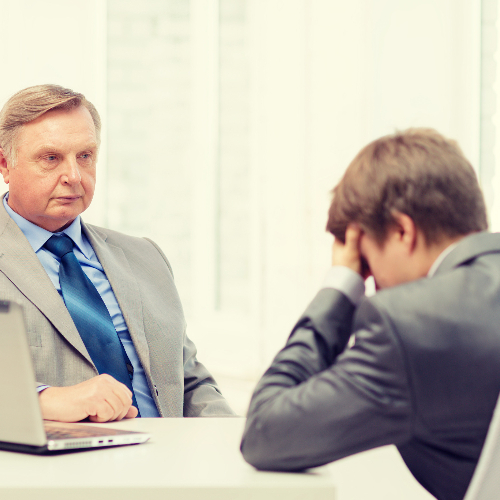 Is Amazon firing employees who speak out?

As reported by Denver 7[1] on May 7, 2021, a former Amazon employee in Colorado has filed a complaint with the Department of Labor and Employment (CDLE) against Amazon, claiming that Amazon fired her for raising concerns about the COVID safety precautions that were lacking. Linda Rodriguez worked at Amazon’s DEN3 fulfillment center in Thornton.

Linda Rodgriguez spoke out about Amazon wrongfully firing her when she began to speak out about them and their failure to maintain a safe and healthy environment for their employees during the COVID pandemic.

During her time with Amazon, Rodriguez spoke out on her concerns with Amazon’s COVID policies in early June after Amazon’s “systemic failure to comply with even the most basic safety precautions necessary to protect her and her coworkers from exposure to the virus.”

Rodriguez’s complaint says that Amazon did little at the start of the COVID pandemic to ensure the health of their employees in Thornton.

Also discussing how Amazon did not provide employees with face masks until May and once they were provided they were not required to be worn when employees were gathered before clocking into work and having their temperatures checked.

Additionally, stating that employees were required to rush “frantically through their work, without physically distancing and without washing their hands or sanitizing their workstations.” Being unable to meet their quota while also ensuring their health, employees often chose keeping their job over their health.

Amazon failed to notify their workers of possible COVID exposures but openly discouraged them from discussing COVID infections while at work.

Amazon also failed to provide important COVID health and safety information to many workers that spoke little to no English.

“As a result, Spanish-speaking employees often missed out on crucial safety warnings, such as Amazon’s instructions for employees not to clock in and enter the facility if they had been experiencing COVID-19 symptoms,” said the complaint.

Also when Amazon provided COVID safety and health information exclusively in English, Amazon was able to maintain pressure on the non-English speaking workers to continue working even if they were sick.

Documents show that Rodriguez began to raise the alarm about Amazon’s response to COVID to her supervisors when Amazon failed to notify her that she had been exposed by a coworker.

Rodriguez only found out she was exposed when a coworker texted her. The complaint also claims that Rodriguez first talked to her supervisor about Amazon’s failure to notify her about being exposed, the employee’s workstation needing to be properly sanitized, and that another employee had been immediately assigned to the station.

Next, Rodriguez went to a human resource lead who “reacted…with explosive anger” and told her the only option she had if she was concerned with her health was to take an unpaid leave of absence.

Throughout June and July, Rodriguez continued to report Amazon’s failures that occurred in the fulfillment center. Some of the failures she reported included:

Documents reveal that Rodriguez’s concerns were either unheard or met with anger.

In August 2020 Rodriguez began to document her safety complaints in writing beginning with sending emails and then she sent written messages to one of her supervisors. Continuing to be ignored, Rodriguez decided on August 22 that she would now escalate her complaints. After telling her supervisor for a contact of a higher level human resource employee or she would take her concerns to Occupational Safety and Health Administration (OSHA), Rodriguez’s supervisor then said she would work on getting her the contact information.

In her complaint Rodriguez said she asked for permission to take a quick break while on the clock because she was feeling sick. Another time was when Rodriguez stepped out to talk to a human resource employee as they were leaving the building. After being fired and filing with the Colorado Civil Rights Division (CCRD) “Amazon admitted that Ms.Rodriguez had permission to step outside and was not actually engaged in “time theft” on this occasion.”

Additionally the complaint states, “Amazon contrived the “time theft” narrative because Ms. Rodriguez spoke up to protect herself, her coworkers, and the public generally from COVID-19.”

According to Colorado’s Public Health Emergency Whistleblower Act, employers are prohibited from retaliating or taking any action against workers who participate in a variety of protected activities to speak out about workplace practices regarding public health.

Rodriguez’s attorneys asked for the court to find any evidence that she had violated Colorado’s Public Health Emergency Whistleblower law and said that they should award her all the available lost wages.

If you feel you are unable to voice your concerns about your working conditions at Amazon, contact us for further assistance at: CJR@AmazonEmploymentLaw.com

Meet online with one of our lawyers who drafts a communication for you to use to try and resolve your employment issues with Amazon.