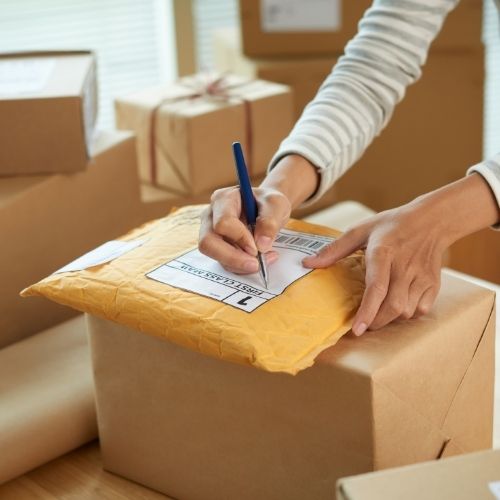 Amazon employees feel as though taking breaks can result in termination or being written up.

Does Amazon care more about productivity rates than your health?

One Amazon employee has accused the company of retaliating against her for speaking out about its labor practices.

The Amazon employee was written up in early July for violating the company’s time off task policies, which track a worker’s productivity and can result in warnings or firings if employees are away from their workstation for too long. This information has been revealed as Amazon workers filed a lawsuit in June, calling for the company to stop penalizing workers for time off tasks during the pandemic.

CNBC reported, on July 17, 2020, that Amazon had been accused by Hibaq Mohamed, who works out of Amazon’s Shakopee, Minnesota, facility, of retaliating against her for speaking out about its labor practices. Mohamed was written up in early July for violating the company’s time off task (TOT) policies, which track a worker’s productivity and can result in warnings or firings if employees are away from their workstation for too long.

Mohamed has now asked the state’s Attorney General to step in and help correct the issue. Writing in her letter to Attorney General Keith Ellison that she was written up by Amazon on July 10 for spending too much time away from her work station, or logging too many “time off tasks.” Also, in her letter Mohamed wrote that she spent blocks of time during her workday “waiting for a [work] station, making a trip to the bathroom while social distancing, or sanitizing my area.” [1]

A time off task is when an Amazon worker takes a break from scanning packages for too long, Amazon’s internal systems will log it as a TOT and generate a warning, which can later lead to firings.

Amazon said warehouse workers can spend additional time out of their breaks to use the restroom, wash their hands, take a break, get water or speak to their manager, as needed. The company added that Amazon understands employees might want to take a break from work to sanitize their workstations.

Although, Amazon said it no longer penalizes warehouse workers who take extra time to wash their hands, saying it wouldn’t be counted against them under the TOT policy. The workers who filed a lawsuit against Amazon said they were only informed that week of the updated policy.

Despite this, Mohamed claims Amazon wrote her up for violating the TOT policy in early July. Amazon did not immediately offer an explanation for the apparent discrepancy. Alexsis Stephens, Amazon’s director of human resources for fulfillment centers, said in a declaration submitted by Amazon “In response to Covid-19, beginning on March 18, 2020, Amazon ceased providing productivity rate feedback to associates and imposing any discipline related to low productivity rates. On April 29, this policy was extended indefinitely.”

Mohamed said in an interview that the TOT policy discourages workers from taking necessary safety precautions because they remain fearful that they’ll be disciplined.

For example, “If a worker is wearing a mask and a string comes off, you can’t go and get another because you’re putting yourself at risk of violating TOT policy,” Mohamed said. “It seems like they’re handing warnings and write-ups out left and right. No matter what situation you choose, you’re always at risk.”

The lawsuit and Mohamed’s complaint highlight the inconsistencies in Amazon’s enforcement of their policies, said Frank Kearl, a staff attorney with Make the Road New York.

“Amazon says these policies have been in place since March, but they will only be effective at empowering workers to take care of their health while working if workers actually know about them,” Kearl said.

Amazon has previously faced allegations that it retaliated against workers for speaking out, which it has repeatedly denied.

The company has fired at least four workers who criticized its labor practices, although Amazon says the workers were fired for violating internal policies. Amazon’s actions generated rebuke from lawmakers and spawned an investigation into the firings by New York Attorney General Letitia James, which is still ongoing.